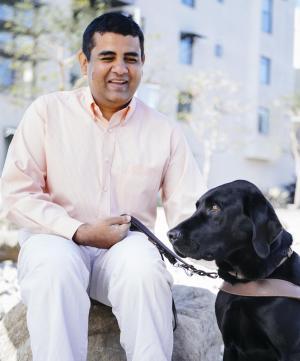 Amit Ahuja is an Associate Professor and Faculty-in-Residence at the Manzanita Village and San Rafael Residence Halls. His research focuses on the processes of inclusion and exclusion in multiethnic societies. He has studied this within the context of ethnic parties and movements, military organization, intercaste marriage, and skin color preferences in South Asia.

He is working on a second book-length project, Building National Armies in Multiethnic States. Professor Ahuja was awarded The Margret T. Getman Service to Students Award in 2015.

Professor Ahuja’s research has been supported by the National Endowment for the Humanities and the American Institute of Indian Studies, the National Bureau of Asian Research and the Woodrow Wilson Center for International Scholars, the Hellman Family Foundation, the University of California at Santa Barbara, and the University of Michigan.

“Is Only Fair Lovely in Indian Politics? Consequences of Skin Color in a Survey Experiment in Delhi,” Journal of Race, Ethnicity, and Politics, Volume 1 Issue 2 (2016): pgs. 227-252. (with Susan Ostermann and Aashish Mehta)