Diversity's Child: The Political Roots and Actions of People of Color

Abstract: America’s racial and ethnic minorities are rapidly coalescing into a demographic force. Census figures reveal a kaleidoscopic nation, with Asians, Blacks, Latinos, and others comprising nearly 40% of the population. Indeed, people of color are predicted to soon numerically surpass Whites, transforming the U.S. into a majority-minority nation. This book-length project appraises the political ramifications of this flux. It argues that America’s changing face is forging a new attachment—a people of color identity—that unifies the political behavior of assorted minority groups. Drawing on opinion surveys of multiple minority groups, psychological experiments with minority participants, content analyses of newspaper and congressional archives, and in-depth interviews with minority individuals, I establish two key points. First, a person of color identity does exist, we can reliably measure it, and we can distinguish it from other attachments that minorities hold dear. Second, across a wide swath of circumstances, identifying as a person of color profoundly shapes how minorities view themselves and their political system.

Bio: Efrén Pérez is Full Professor of Political Science and Psychology (by courtesy). His scholarship centers on political psychology, with specific interests in racial and ethnic politics, language and political thinking, implicit political cognition, and the measurement of political concepts.

His book, Unspoken Politics: Implicit Attitudes and Political Thinking  (Cambridge University Press), received two prestigious awards from the American Political Science Association. He is also the author of numerous articles in leading political science journals, such as the American Journal of Political Science, The Journal of Politics, and Political Behavior. Beyond his research, Efrén directs the Race, Ethnicity, Politics, and Society experimental lab (REPS Lab), and the Center for American Politics and Public Policy (CAPPP). He is a firm believer in actively mentoring young scholars, both at the undergraduate and graduate levels. 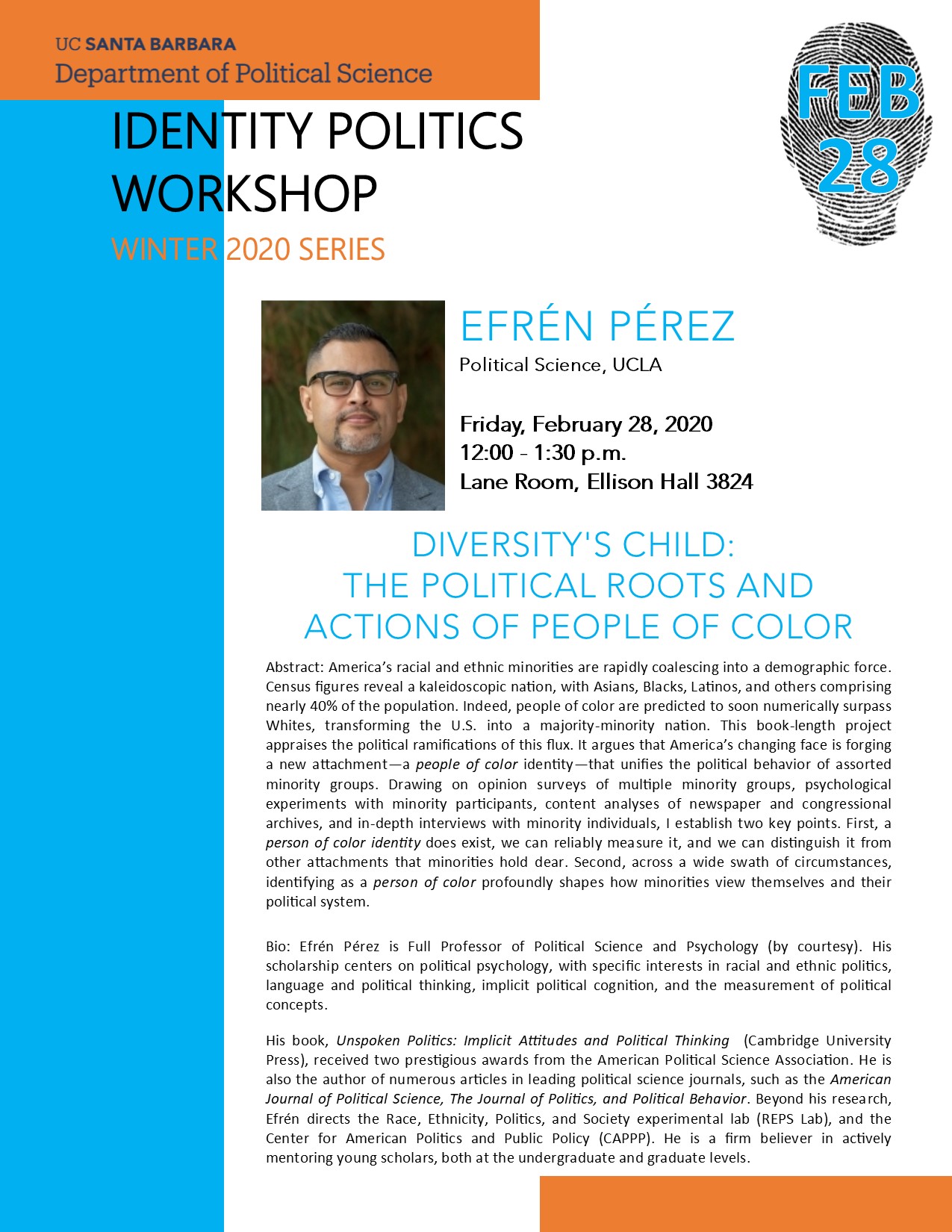